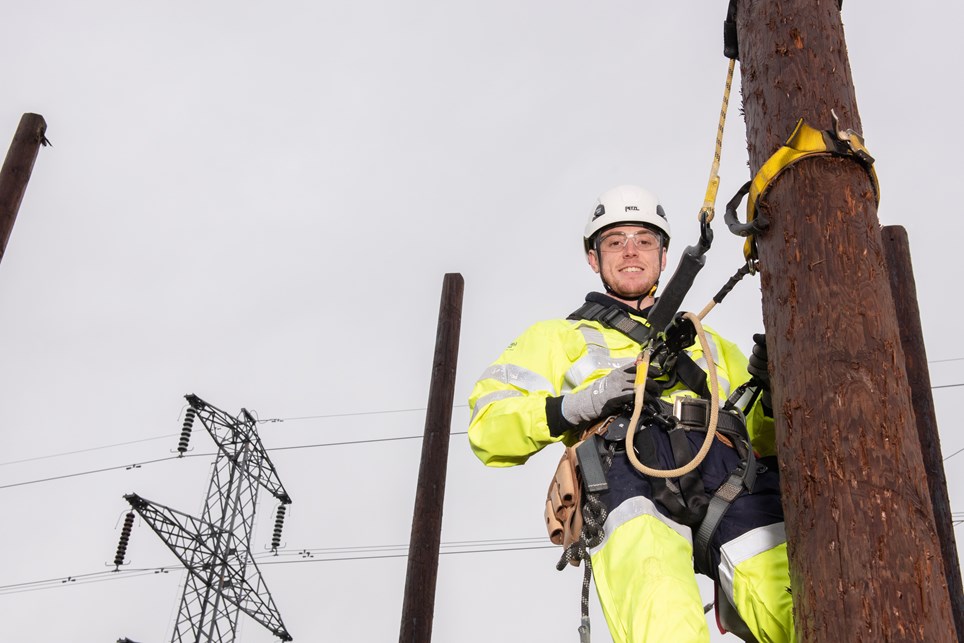 The North West’s power network has brought forward £5.2m of investment, to improve and enhance its network and restoration systems, on top of the £140m which it spends on reliability and resilience each year.

The company has also announced that it is investing an additional £1.2m on systems to provide more accurate information on restoration times, in direct response to customer feedback following the storm.

Stephanie Trubshaw, Electricity North West’s customer director, said: “We know how difficult Storm Arwen was for so many people, and it provided challenges on a scale that we simply haven’t seen before which impacted both repair and restoration times. In some areas we had whole forests that fell on power lines, taking down up to 3km of overhead lines in places.

“As part of our review, we spoke with customers from Cumbria to Cheshire and the key things they wanted to see were quicker restoration times, but also more accurate information on restoration times.

“The investment we’re making, which is already underway, will not only help improve restoration times, but also provide us more information about when and where equipment is damaged so that we can give more accurate updates to customers affected.”

Regarded as one of the worst storms the country has seen in more than 50 years, Storm Arwen brought snow, ice and wind speeds over 65mph for many hours which caused extensive damage to the electricity network, as well as causing access issues with snow drifts and hundreds of fallen trees.

Across the UK more than a million people were affected by power cuts, with 93,000 in the North West.

As well as fast tracking further funding, Electricity North West is also creating a community resilience fund for those impacted by Storm Arwen, which it confirmed it would do last December when its review was first confirmed.

Stephanie Trubshaw added: “As part of our Storm Arwen review, rural communities told us to focus on support for those who struggled with access issues meaning we didn’t know they were without power.

“We were also told to focus on customers who needed to stay at their properties for animal welfare needs and also, people who don’t want to leave their homes.

“The community hubs which were set up that we supported during the incident were fantastic and provided crucial support for those without power for a prolonged period of time.

“The community fund will take lessons from those hubs and ultimately will provide support to help communities when they experience extreme weather conditions and are isolated from other support services.

The company also provided food provisions just short of £200k to communities whilst £52k was spent on accommodation and fuel support for its customers.

Electricity North West also welcomes the review into resilience standards for power networks announced today by BEIS after its CEO Peter Emery called for this in January in a meeting with MPs and other stakeholders.

Setting appropriate resilience standards for a net zero, more electrically dependent world coupled with changes to the regulatory framework and resilience funding would ensure customers’ expectations are met in the future and Electricity North West can continue to provide the best service for its customers, even in difficult conditions.