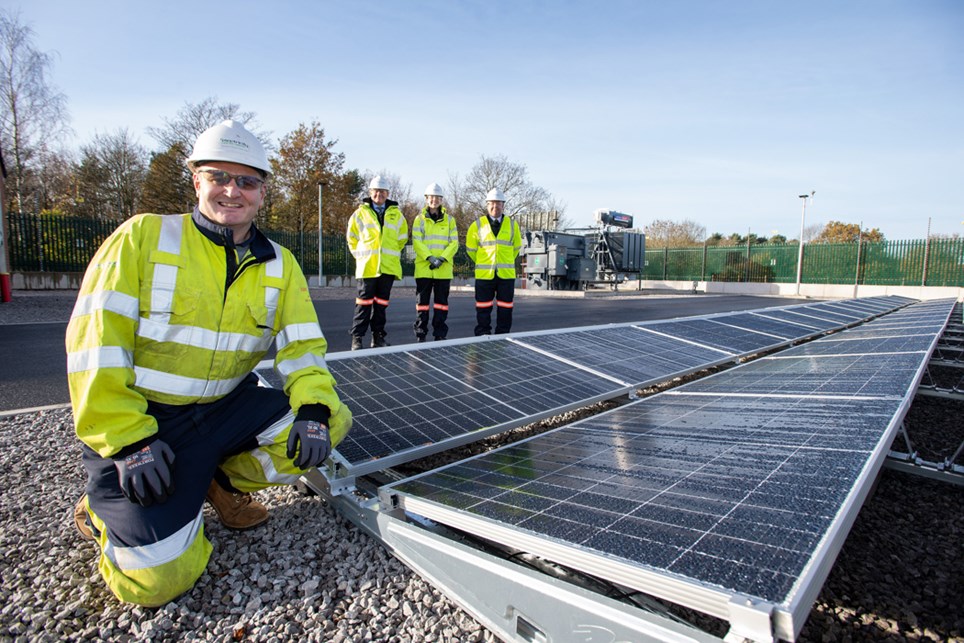 Electricity North West has completed a £7milllion scheme to create vital new capacity on the network close to Manchester Airport.

The project has seen a new net zero substation installed which uses power from 128 solar panels to self-sufficiently run the electrical switchgear and lighting - the first of its kind in the North West.

Around 30km of new underground electricity cables have been laid to almost double the network capacity and power the rapidly expanding areas surrounding Airport City and Wythenshawe.

Kevin Fullerton, Electricity North West’s project manager for the South Manchester Enterprise Zone project, said: “The team has battled the elements in the winter, including flooding and snow, to get the project completed and up and running on time.

“As well as ensuring that the major new facilities currently being built in the area will have all the power they need, this scheme will also help meet the region’s increasing demand for electricity as we all move away from fossil fuels and use more low-carbon electricity for things like our heating and transport.”

Sales of electric vehicles more than trebled in the UK last year and, as the region looks to hit its net zero carbon targets, shifting to other more sustainable technologies is expected to see peak-time demand for electricity double by 2050.

Neil McClymont, who oversees Electricity North West’s strategic projects, added: “This one of many projects we are carrying out as we help lead the North West towards net zero.

“Not only does it create more capacity on the network, but our net zero substation is another good step forward in updating and strengthening our own approach for the future.

The scheme is one of eight key projects that Electricity North West is embarking on as part of a £25 million investment in creating vital new capacity across the region and supports Greater Manchester’s aims to meet a net zero commitment by 2038.

Meanwhile, under the network operator’s Leading the North West to Net Zero plan, a further £39 million is being invested to ensure those living and working in the region continue to enjoy one of the most reliable electricity networks in the UK while smoothly transitioning towards a more low-carbon future.

Earlier this month, Electricity North West also submitted its latest business plan to energy regulator, Ofgem. In it, the company set out how it plans to invest a further £1.8bn between 2023 and 2028, creating further new capacity as the region’s transition to clean, green electricity accelerates.