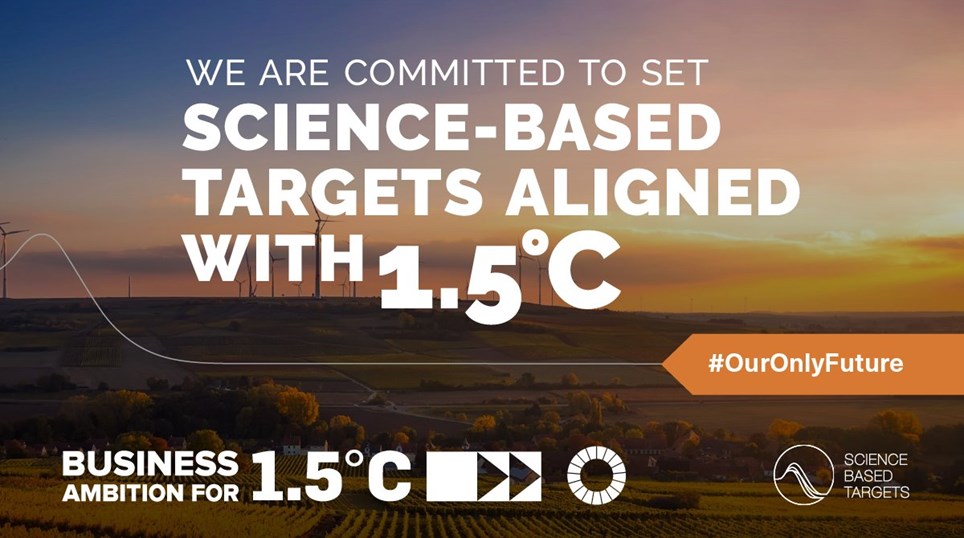 Electricity North West has joined the Race to Zero campaign, a UN-backed coalition of more than 3,000 global leading companies which are focused on addressing the climate emergency.

The network operator has now been included as a signatory to the list of companies taking action on the Science-based targets initiative (SBTi) and the list of leaders on the UN Global Compact website. The next step is to develop science-based targets for validation against the latest SBTi criteria. These will be consistent with keeping global warming to 1.5°C above pre-industrial levels – a key element of the Paris Climate Agreement and the latest IPCC report which was released today.

In 2019 Electricity North West launched its Leading the North West to Zero Carbon plan, which outlined how it plans to help reduce carbon emissions in the region and how it aims to reach zero carbon by 2038. As part of the plan, the network operator also committed to invest £63.5m during 2019-23 to drive down its own carbon emissions and help businesses, customers and colleagues do the same.

The plan supports the region’s move towards net zero, with Greater Manchester aiming to achieve their own Net Zero ambitions by 2038 and Cumbria targeting 2037.

With the UK deadline to bring all greenhouse gas emissions to Net Zero by 2050, this will put Electricity North West 12 years ahead of national target. Key commitments for the network operator include:

As part of its work to lead the transition to Net Zero across the region, Electricity North West recently published plans to invest more than £2bn between 2023 and 2028. This will help to build capacity and support the huge rise in technologies needed to get to Net Zero, including electric vehicles and air source heat pumps.

Steve Cox, engineering and technical director at Electricity North West, said: “Today's report from the IPCC makes it clear that we need to act urgently to tackle climate change. As the network operator, we know the scale of the challenge ahead and are committed to investing in the network to ensure that there’s capacity for the North West to adopt the changes needed to achieve its ambitious targets.

“As a business, we have a responsibility to play our part and that’s why we’ve set ourselves the target to achieve net zero by 2038.

“Joining the Race to Zero campaign and working with SBTi will not only ensure that our roadmap to achieving our carbon reduction ambitions is robust, but will help us accelerate our work to lead the North West’s transition to Net Zero”.

Sanda Ojiambo, CEO & Executive Director of the UN Global Compact, one of the SBTi partners, said: “The climate emergency has led CEOs to act urgently and decisively to set science-based emissions reduction targets for their companies in line with a 1.5°C pathway. The movement to transition to a net-zero economy by 2050 is also growing rapidly, and we call on all business leaders to adopt concrete plans to realize this goal.”

Paul Simpson, CEO of CDP, one of the SBTi partners, said: “The science is clear: in order to limit the catastrophic impacts of climate change, we must ensure warming does not exceed 1.5°C. The ambition is high but it’s achievable — and science-based targets give companies a roadmap for getting there. Corporations worldwide have an unprecedented opportunity to be at the very forefront of the transition to a net-zero economy — and there is no time to lose.”

During COP26, Electricity North West will team up with the Carbon Literacy Project and other organisations from across the UK with the aim to train the highest number of people in one day.