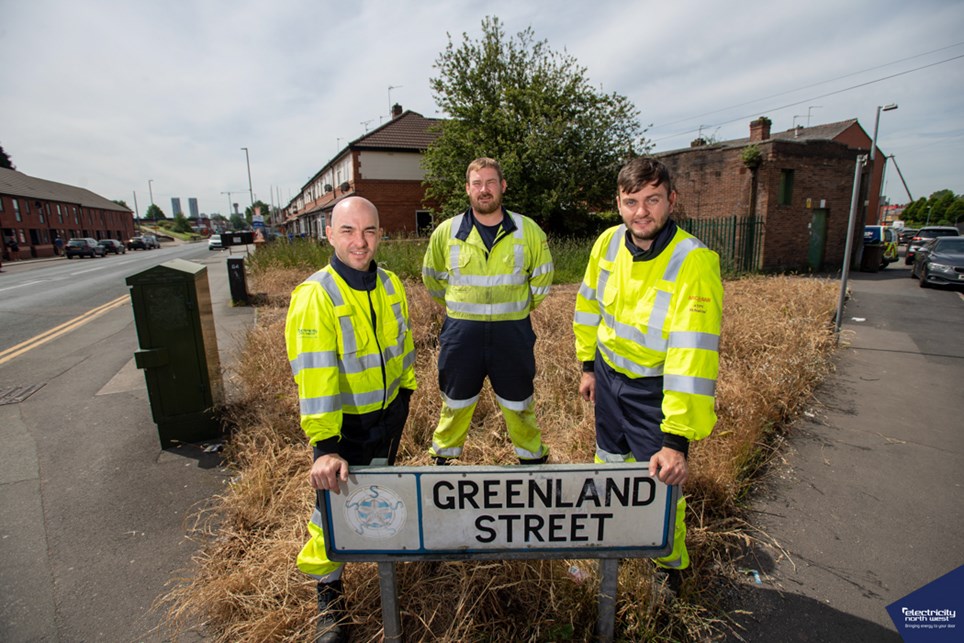 Ten substations throughout Greater Manchester will be revamped this summer as part of Electricity North West’s Transforming our Spaces campaign.

The campaign, first formed in 2019, sees the region’s power network operator identify areas of land around electricity substations which have suffered vandalism, lack wildlife, or may lack funding to carry out such projects.

Substations in Salford, Levenshulme, Urmston, Stretford, Mossley, Hindley, Astley and Leigh will all benefit from the makeover which will see flowers planted, as well as planters installed which include bird feeders, herbs and bug hotels.

Engineers have already commenced work clearing the sites and flowers are expected to blossom in late summer.

Ryan Wilson, who is heading up the scheme for Electricity North West, said: “Transforming our Spaces is a really exciting project which I’m delighted has returned for another year.

“The projects we carry out have a real positive impact on the community and the feedback we’ve received is fantastic.

“The teams are well underway with clearing and transforming the sites and we all can’t wait to see the completed projects later in the summer.”

As a result, they are mostly found in residential areas and can be subject to graffiti, damage or other acts of vandalism.

This year, as well as its summer projects, Electricity North West will also identify 10 sites which will see transformations carried out in Autumn.

“We regularly maintain all of our sites which involves weeding and cleaning, but Transforming our Spaces takes everything to the next level.

“I’m over the moon we’re carrying out 20 projects throughout the year. The feedback from local communities has been brilliant and that’s led to us expanding the scheme to continue revamping land around substations in the region.”

To date, Electricity North West has transformed 31 substations throughout the region.

The locations of the substations are: