Intruder dices with death for £2 at Salford substation 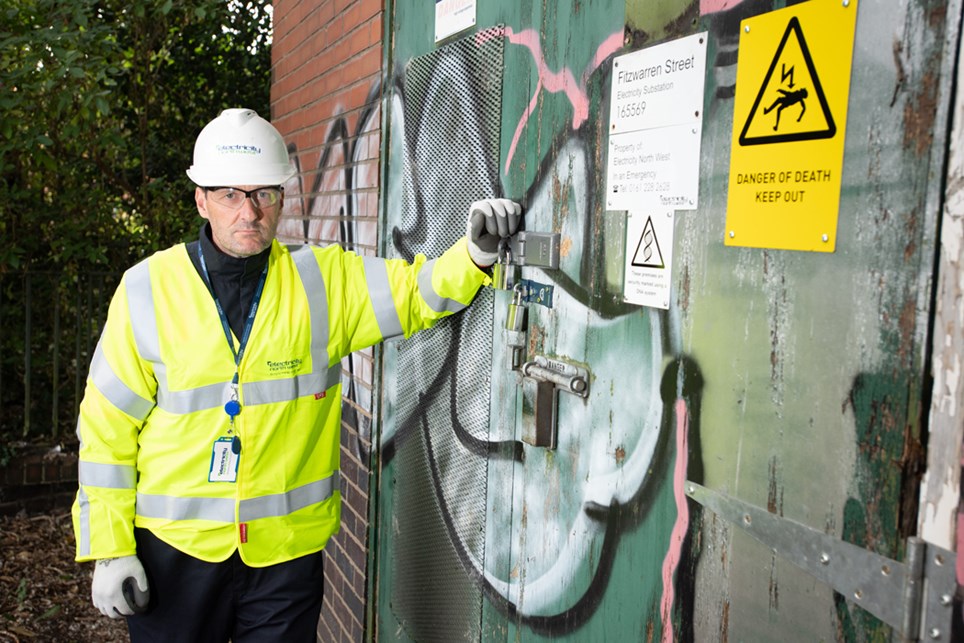 A reckless intruder cheated death after breaking into an electricity substation and stealing metal worth just £2.

The incident, which caused a power cut and surge to more than 200 customers in Salford, caused more than £40,000 of damage, including to people’s appliances inside their properties.

Engineers from Electricity North West, who operate the power network, say the culprit who committed the offence diced with death as they cut through locks and illegally entered the substation, on Fitzwarren Street, which operates at 6,600 volts.

Vincent Cranny, Electricity North West’s area manager for Greater Manchester, said: “Firstly, I want to start by thanking the residents of Salford for their understanding during what has been an extremely difficult time.

“This is a very serious incident, substations contain extremely powerful electrical assets, they aren’t buildings anybody should be entering and the culprit in this case is lucky to be alive.

“The theft of the assets has caused some of the most damage we’ve seen caused by vandalism. We have yellow danger of death signs on our equipment for a reason, it’s vital people take note and stay away.”

Engineers have confirmed the culprit first vaulted the metal gates surrounding the substation before using an angle grinder to break through the lock on the doors.

The theft and damage caused within the substation caused a power surge which led to customers suffering damage to goods such as boilers, televisions, washing machines and other white goods.

Electricity North West have been door-to-door to ensure every property’s electricity supply was safe before restoring power and has a dedicated team on site helping residents by making repairs to their damaged equipment.

Vincent Cranny added: “Residents have had to deal with huge amounts of disruption because of a mindless act of vandalism.

“We’ve teams on site still carrying out repairs to damaged goods which is a something we’re providing free of charge to those impacted to try and help.

“If anyone has any further questions, we encourage them to contact us for support.”

As well as hand-delivering more than 100 letters, Electricity North West has also provided free food and drinks to the affected community.

Rebecca Long-Bailey, MP for Salford and Eccles, said: “This is an extremely dangerous incident caused by a horrendous act of vandalism.

“The disruption caused has impacted many residents, and will do for several weeks.

“Electricity North West has acted quickly to support residents in what is a difficult time, by providing a food van for those without cooking facilities and making repairs to damaged equipment where possible.

“Local Pendleton and Charlestown councillors have also gone door to door to check on residents and provide food directly too, however if any residents have further concerns please do not hesitate to contact Electricity North West, councillors or my office directly for further support.”

Electricity North West has asked for anyone with any information about the incident to contact the police. 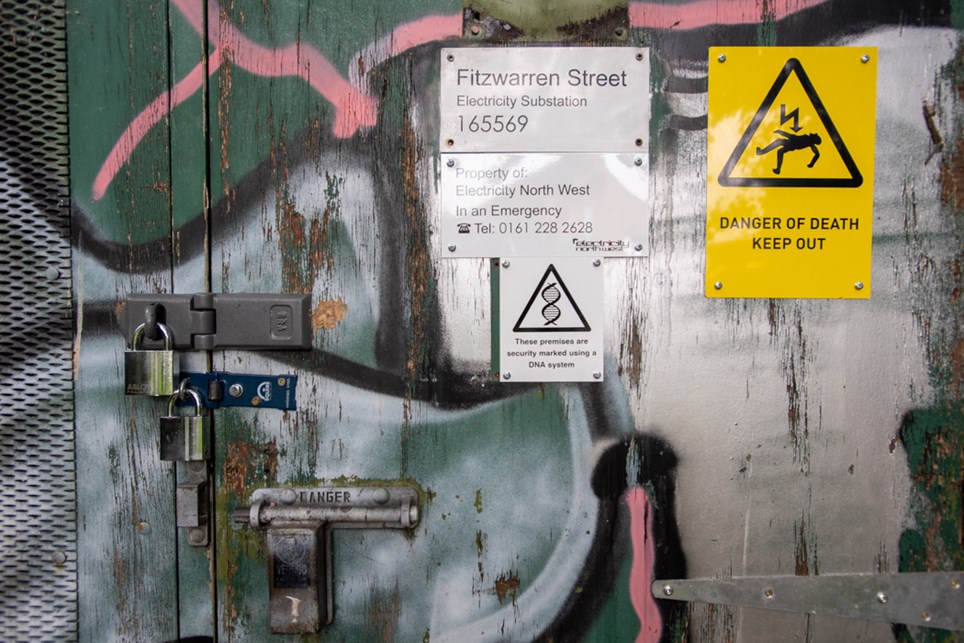