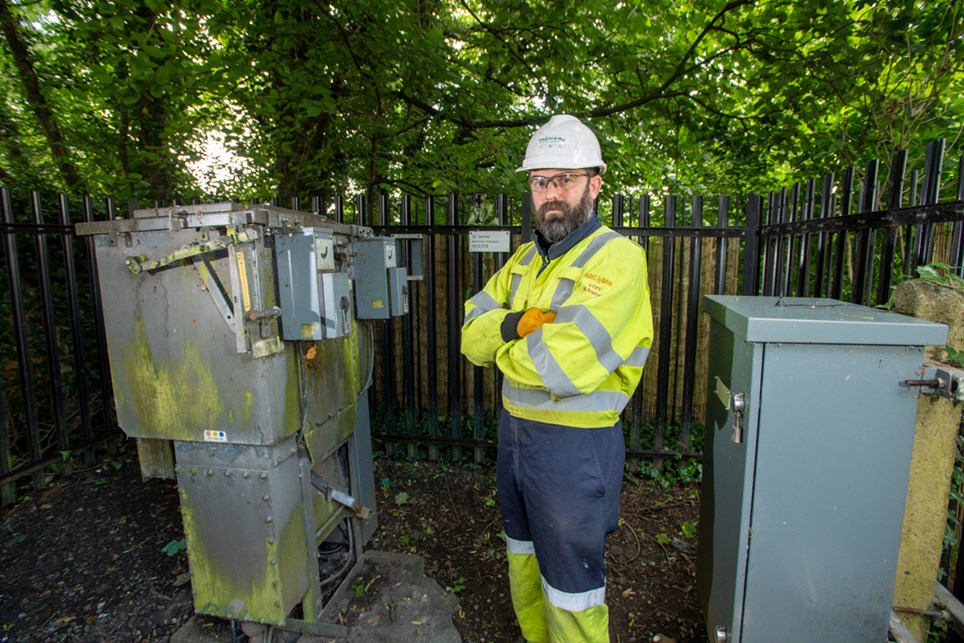 Reckless intruders are being warned to stay away from powerful electricity substations or risk dicing with death.

The stark warning message comes from Electricity North West following break-ins at six of its substations in Leyland whilst several wood poles have also been tampered with.

The incidents happened at substations on Slater Lane, Moss Side Way, Titan Way and Comet Road as intruders broke their way through padlocks and stole small amounts of metal and pulled wires from electrical assets.

Hundreds of customers power supplies in the area have been affected during the break ins but Ben Fiddler, Electricity North West’s area manager for Leyland, said the intruders may not be so lucky next time.

“These incidents are very serious, firstly, it’s illegal to gain access to a substation but each time a person breaks in and touches equipment, they dice with death,” he said.

“I cannot stress how important it is for people to stay away from electricity substations, we have yellow danger of death signs for a reason and people must take note.”

On each occasion, Electricity North West engineers attended site as quickly as possible to ensure the substation was made safe and supplies were restored.

Katherine Fletcher, MP for South Ribble added: “What the intruder is doing is illegal, extremely dangerous and very disruptive for the residents in Leyland.

“I’ll be working with Electricity North West and the police to ensure everything can be done to put this to an end.

“If people do see anything or have any information, please, contact the police and quote the crime reference number.”

If anybody ever sees an intruder at a substation, they should report it to Electricity North West by calling 105 and to the police by calling 101 and quoting the crime reference number 04/116774/21.

For those affected by the power cuts, Electricity North West offers extra support to customers through their Priority Services Register. For more information and to register visit www.enwl.co.uk/priority .