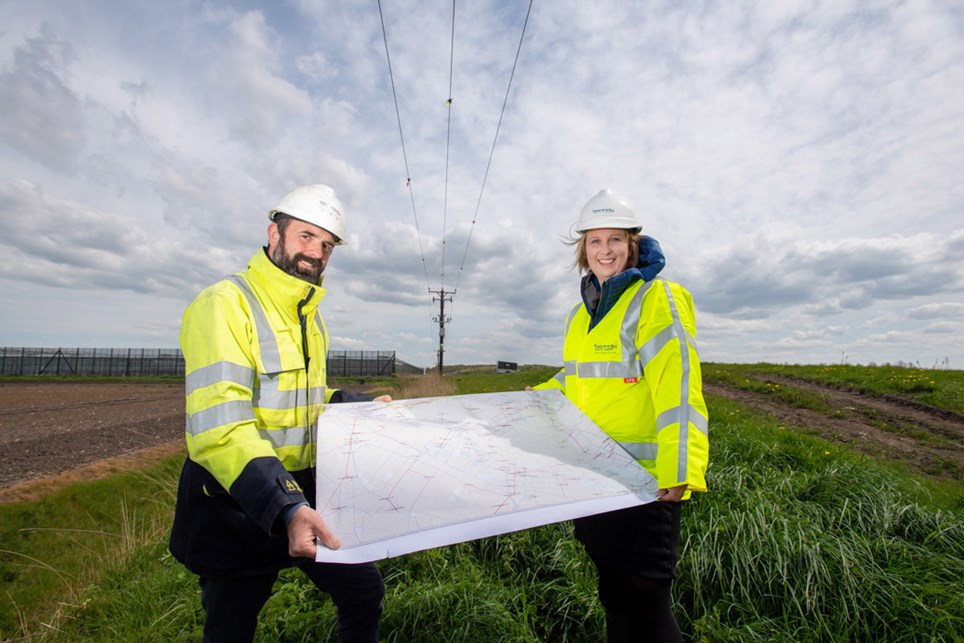 Specialist diverters have been installed on a village’s power network following a spate of incidents involving birds.

Electricity North West has invested more than £70k as, over recent months, birds such as geese and swans have collided with overhead power lines and damaged sections of the electricity network in Banks.

The collisions have led to several incidents on the network including power cuts whilst the lines have also been damaged.

Following on from investigations, Electricity North West has invested £13k installing the diverters along a ½ KM stretch of the network whilst it has also completed a £60k refurbishment scheme.

South Ribble MP Katherine Fletcher attended site to see how the diverters work, protecting the network and power supplies to the area.

Ben Fiddler, area manager for Banks, said: “We started to see an increase in power cuts caused by bird collisions on a particular section of the Banks power network.

“Engineers found that a new man-made pond had been built and was attracting large birds to the area.

“The new diverters blow in the wind and help deter the birds from colliding with the lines.

“Since the installation, were yet to see a power cut caused by a bird collision which is excellent news for customers in the area.”

Electricity North West will continue to monitor the power network in Banks whilst it is also looking to invest further funds to reinforce the network.

“It was really great to visit the site and I’m confident that these diverters will help ensure there won’t be as many incidents on the network, as I know this is an issue some of my constituents’ face.”