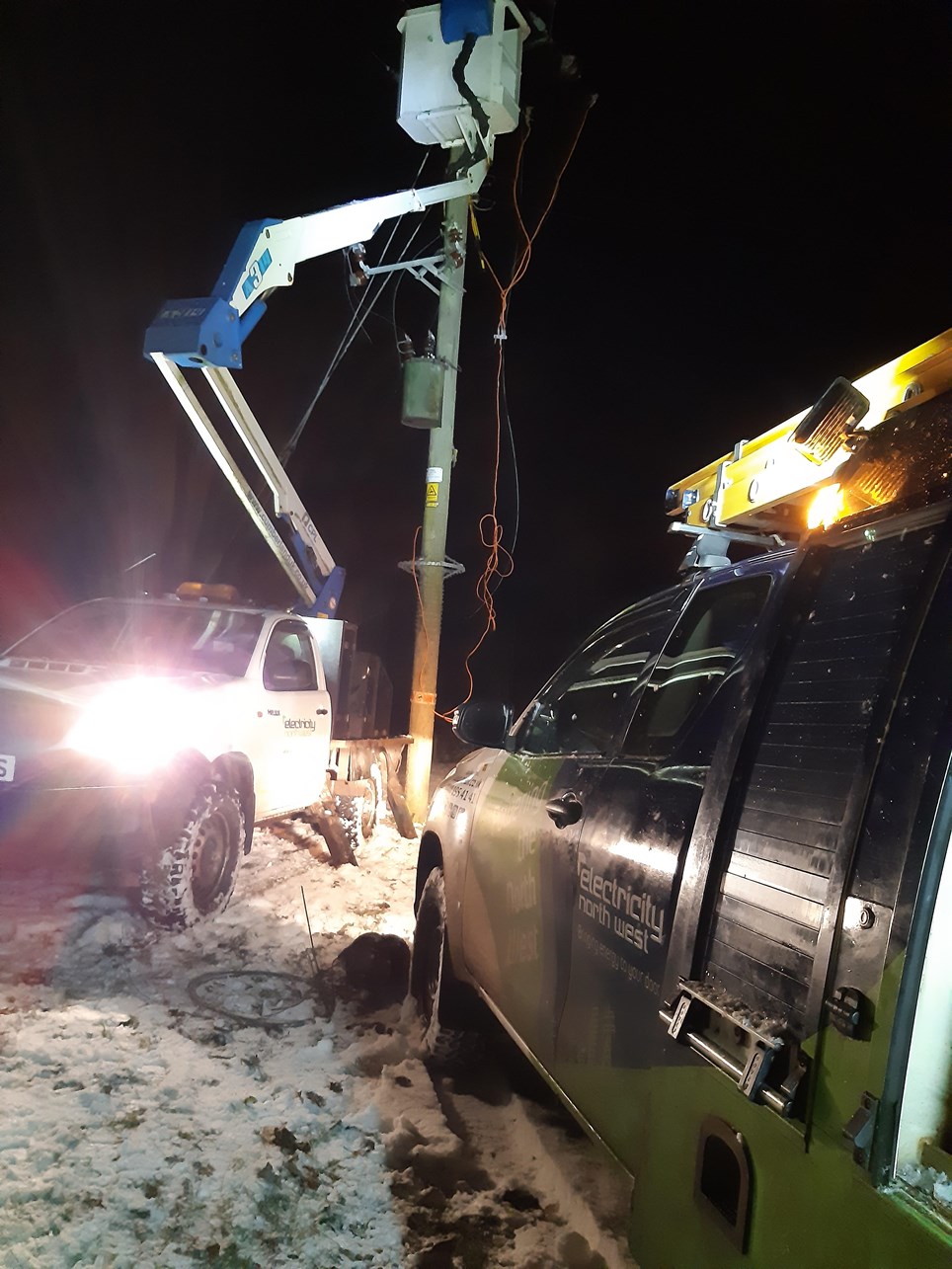 Electricity North West has secured emergency accommodation near Newby Bridge for up to 300 customers currently affected by Storm Arwen.

Colleagues from across all sections of the business are working across the region to repair around 900 separate incidents in what has been described as the worst storm damage ever caused to the network.

At its peak, more than 112,000 properties were affected. While more than 94 per cent of customers have now had their power restored, Electricity North West has secured rooms at the YMCA close to Newby Bridge for customers who need emergency shelter.

Stephanie Trubshaw, Electricity North West’s Customer Director and Incident Manager, said: “The devastation caused to our power network by Storm Arwen has been unlike anything we’ve ever seen, and we’re continuing to discover more damage needing repairs.

“Our people, including hundreds of additional engineers we’ve sourced from across the country, are working flat out to restore power to as many people as quickly as possible, and that work is continuing.

“I understand the frustrations of customers about the restoration times and we have teams working around the clock providing us with information to ensure those times are as accurate as possible.

“In the meantime, we are also working hard to help customers who need additional support, providing food vans and community hubs where they’re needed, and now securing emergency accommodation for up to 300 people.”

As well as restoring power to more than 104,500 properties across the region, Electricity North West has handled more than 68,000 calls from customers and made more than 6,000 calls to people on its Priority Services register.

Food vans have been deployed to towns and villages across Cumbria, while community hubs have also been set up to provide hot food and drinks and to allow people to recharge mobile phones.

The emergency accommodation, which comprises of rooms with shower and charging facilities, is at YMCA Lakeside, National Centre, Ulverston, LA12 8BD. Those interested in making use of the facilities should attend the facility.

As extensive reviews of the network continue, Electricity North West is also updating its website to show more accurate details of when customers who remain without power can expect to be reconnected, with the final customers currently expected to have power restored at the end of the week.

For more information about the location of food vans, please visit www.enwl.co.uk/StormArwen