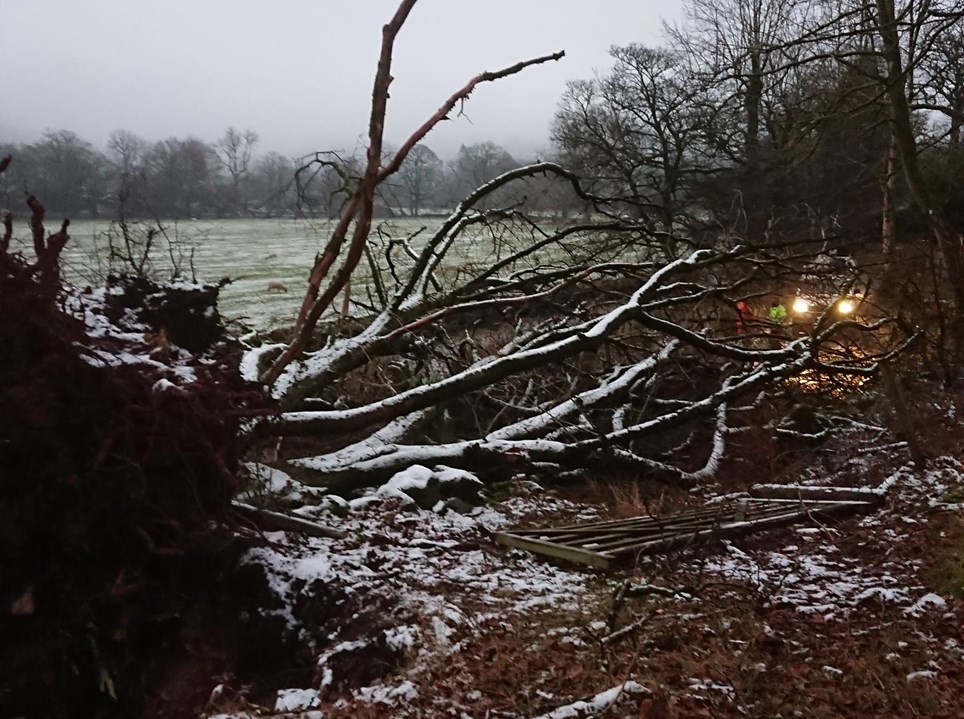 Electricity North West has restored power to more than 101,000 properties after the widespread damage caused by Storm Arwen at the weekend.

More than 800 separate incidents have been reported on the network, and caused more than 110,000 properties to lose power.

Hundreds of engineers have been deployed to repair the network, with additional resource drafted in from the South of the country – with many describing the damage as the worst that they’ve ever seen.

Stephanie Trubshaw, Electricity North West’s Customer Director and Incident Manager, said: “We understand this is a difficult time for residents across the region who have been impacted and we’re doing all we can to try and repair the network as quickly as possible.

“We’re mobilising hundreds of engineers from across the country each day to help us combat the devastating effect of the storm. We’ve been able to restore power to thousands of properties but as we’ve carried out the crucial repairs, more faults have been found because of the severe damage.”

Customers who are without electricity are now able to view more accurate estimations of when the power will be restored to their homes on the network operator’s website.

Stephanie Trubshaw added: “Due to the damage on the network being so extensive right across the region, with so many separate incidents to rebuild and repair, it means some customers will remain off supply for a few more days. Where possible, we encourage those affected to make alternative arrangements and we are continuing to contact customers who may be in particularly vulnerable circumstances.”

Electricity North West’s customer contact centre has also received more than 60,000 calls and 6,000 outbound calls have been made to customers on the Priority Services Register.

The network operator is also continuing to work with key strategic partners to help supply residents with free hot food and drinks in Cumbria, the worst affected area, until power is fully restored.

Community hubs have also been set up at two locations in Cumbria – Coniston Sports and Social Centre and Ambleside Parish Centre – where people will have use of a kitchen, can charge electric devices and have access to support officers for help and advice.

People without power are urged to contact Electricity North West if they aren’t able to access the food and drink stations or community centres and it will get support to them.

The following outlets will be at the below locations in Cumbria this evening and residents should watch out for further updates on Electricity North West’s social feeds:

Trees down in Ambleside