Storm Arwen: Thousands more restored in the North West as engineers continue with repairs (10:20am update) 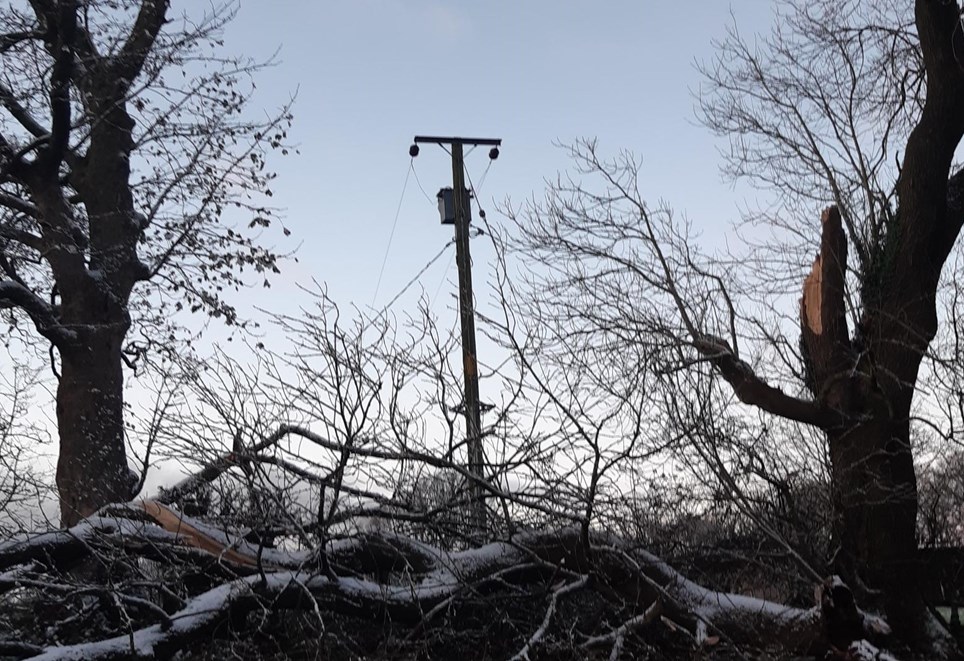 Hundreds of engineers will be working on the region’s power network as the North West still reels from the effects of Storm Arwen.

Electricity North West has deployed engineers across Cumbria, Lancashire and the Peak to tackle the severe damage caused by the worst storm the North West has seen since 2015.

Treacherous conditions including strong winds and heavy snow has seen more than 600 separate incidents of damage on the power network leading to 92,000 properties to be without power.

Engineers have been able to restore power to 81,000 properties and today Electricity North West has also drafted in 16 additional overhead lines teams from the South East and Isle of Man.

Stephanie Trubshaw, Customer Director and Incident Manager for Electricity North West, said: “The damage caused by Storm Arwen is some of the worst we have ever seen in the North West.

“It’s extremely severe and widespread across the region and that is why we have drafted in further resources from across the country to help tackle the incidents.”

Repairs to the power network include removing trees from lines, repairing broken lines and poles that have been damaged by flying debris and falling trees.

As well as the additional resources to help restore power, Electricity North West is also working with partners including Cumbria County Council and British Red Cross whilst food vans are also being sent to areas across Cumbria.

Stephanie Trubshaw added: “We understand this is an extremely difficult situation for all of our customers who have been impacted.

“Our customer contact centre has handled more than 50,000 inbound calls and we are still proactively contacting those on our Priority Services Register.

“I assure everybody we are doing everything we can, and our teams are working tirelessly to ensure power is restored.”

Customers are advised to check the website and social media for updates and advice, and only call 105 if the issue is urgent to help prioritise those who need help most, or to report dangerous situations such as fallen lines.